A CBS poll was released Wednesday in which participants were asked, "Should Republicans continue to challenge the health care bill?" A whopping 62 percent of participants answered "yes," and 33 percent answered no.
That's nearly two in three Americans who want Republicans to continue to fight against this horror Obama just signed into law.
Lefty bloggers have overwhelmingly been referring to those who oppose health care "reform" or who want the new law repealed, as "fringe" groups, or the "fringe" of the Republican party.
Rasmussen's health care poll shows 55 percent of those polled in favor of repealing health care reform, with nearly 60 percent of senior citizens polled in favor of a repeal. Furthermore, the Rasmussen poll shows 60 percent of Americans think the new health care law will increase the federal deficit.
Fringe, huh?
I'd like to see a rug made out of those kinds of ratios. It would look something like this: 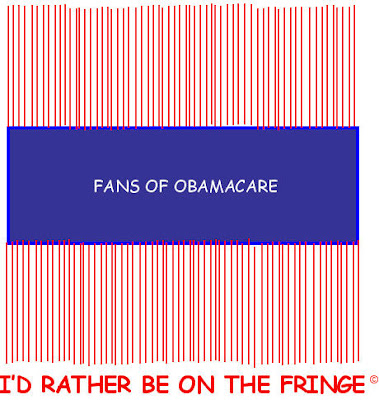 You can't have a rug made out of two thirds fringe. Pretty soon, it's no longer a rug, it's just a bunch of fringe. I'd like to see Nancy Pelosi try to wipe her dirty pumps on that.
It's time for them to face the fact that the people they have tried so hard to label the lunatic fringe are fast becoming mainstream America.
Posted by Friendly Neighborhood Republican at Thursday, March 25, 2010